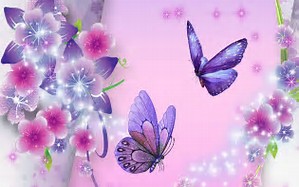 Clarence was terrified and began wriggling for all he was worth. The bird swooped towards the river, heading for her young ones in their nest. Clarence managed to squirm free and fell headlong into the water, where a fish took a bite at him, narrowly missing and in doing so, knocked him onto the bank. Badly shaken, bruised and cold he huddled under the safety of some rocky cover.

Sick and quite exhausted, Clarence soon fell asleep. He began to dream and in his dream, a soft gentle voice said, “Clarence, I am a Fairy, who has come to lead you to your wish; listen very carefully to what I have to say.” He looked around, but the voice seemed to come out of nowhere. He tried to answer, but although he spoke words, there was no sound.

“I will lead you to a tree where your dream wish will come true.” The voice said and then it was silent. Clarence slept on until bright shafts of sunlight, peering through the leafy cover, woke him.

Normally when Clarence woke in the mornings, he was very hungry. But this day it was strangely different. He felt fresh and full of strength. Leaving the riverbank he began walking briskly. He was walking in a direction, but he didn’t really know where he was going. Soon he came to a tree and without even thinking, began climbing. He couldn’t understand why he was doing this, but it was as if someone was leading him. He came to a branch, then a little twig. He clutched onto the twig firmly with all his legs and remained still. He was awake but yet it felt like sleep, He heard all the sounds around him, although he appeared very distant from them.

His body now began a slow twisting motion, as if on its own accord; it was really quite enjoyable. He was warm and so, so, comfortable. Slowly, as the twisting motion continued, the sounds around him became more and more faint. He felt like he was in an envelope and it was very pleasant; he even forgot the nightmare of yesterday. In no time he was in a deep, deep sleep.

Clarence was woken by a jumping, pushing movement all over his body and although he did not understand it, he didn’t feel afraid. A little light appeared in front of his face and as his body jumped the light grew brighter. Before he knew it, he was crawling out of his cocoon home and onto the twig. His body seemed very different and it felt like he had wings….”But caterpillars don’t have wings”. He said quietly to himself. Then he heard a very sweet musical voice. “Hello, welcome to life,” the voice said. He looked up and saw a most beautiful butterfly, with purple and yellow wings. She was magnificent. He had always admired butterflies, not only because they were beautiful creatures, but also because they could fly and to fly was his dream wish.

“Come let’s fly beautiful one,” she cried. “But caterpillars don’t fly,” he stumbled. “No,” she said, “They don’t….but then you are not a caterpillar now, are you?

“I am the fairy, who heard your dream wish from the top of the caterpillar tree.” She said slowly and very gently. Her voice was like a soft lullaby as the words flowed from her lips.

“But, you don’t look like a fairy…you, you are a butterfly and a very beautiful butterfly too”. His voice was now stronger.

“Fairies can change themselves into anything they want and I decided to become a butterfly, so I could spend the rest of my life with you”. She replied.

“Not only have you become a beautiful butterfly, but you have a new name too. You are no longer Clarence Caterpillar; you are now, Beau Butterfly”! She said, with a voice that was filled with pride and joy.

“So now, Beau Butterfly, what are we waiting for – come let’s fly”.

With that, the two happy little butterflies opened their wings, alighted from the twig and flew into the blue, blue sky.

We can choose the caterpillar tree with all its horrors and scheming natures, or we can follow the inner voice, which leads us, first to die to the scheming nature and then to be born brand new into the creative nature.

Which will you choose?

All rights reserved sirpeterjamesdotcom©2018-01-20
If you feel this article has value, please send this link to others, Writings are meant for people, not for dormant files in our computers and very often when we share them, it results in positive changes in the lives of individuals and communities.
If you are spiritually inclined see my other site; http://www.adcrucemchristi.com
Please feel free to send in questions (see ‘Contact’) and comments (hit ‘Comments’
button).

This site uses Akismet to reduce spam. Learn how your comment data is processed.